You are here: Home / Outdoors / Tips On Building The Perfect Fire Pit For Camping or Survival 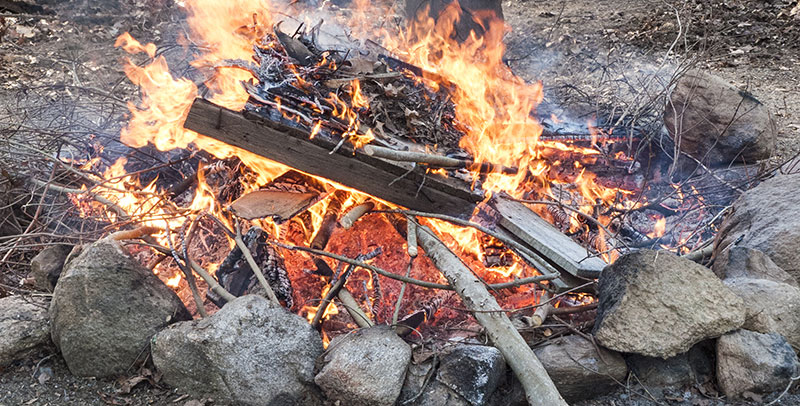 Many people believe opposable thumbs are what separate man from beast, but they would be incorrect. What truly raises man to the top of the evolutionary ladder is fire. When early man first learned to harness fire he also harnessed the ability to heat his cave, cook his beast and protect himself from predators. He became the king of his world. Fire was the first and oldest tool.

Although few modern humans continue to rely on the ability to start and maintain a fire for survival outdoorsmen still find it necessary to learn the age old skill of controlling the mystic flame.  When spending the night afield even modern man still finds fire necessary to cook meals, for protection from animals and the elements and even comfort with friends. The ability to build a good burning fire will often make or break a trip, so let me take a moment to provide some simple but game changing tips.

Before you strike a match you must first build the base, or fire pit, upon which the flame will burn. The purpose of this pit is twofold; first, it provides a designated and protected area for you fire void of excess moisture and protected from the element; second, it prevent your happy little fire from becoming a raging, destructive forest fire. Building this pit is as simple as 1,2,3.

The main component of any fire is the fuel. When building the perfect fire you will need three types of fuel- tinder, kindling and wood.

Putting it all together